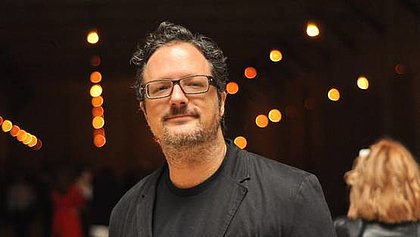 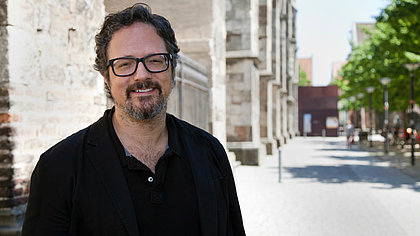 After receiving a B.Sc. in Physical Chemistry from Concordia University in Montreal, Rafael Lozano-Hemmer, born in Mexico in 1967, developed an interest in electronic arts. He presented his works in many major events, including the commemorations of the Millennium Celebrations Mexico (1999), the Cultural Capital of Europe Festival in Rotterdam (2001), the celebrations of Europe’s expansion in Dublin (2004), as well as the 50th anniversary of the Guggenheim museum in New York in 2009. In 2003, Rafael Lozano-Hemmer received the Artist/Performer of the Year Rave Award from Wired magazine. He also won two BAFTA British Academy Awards for Interactive Art in London, in 2002 and 2005, and the prize for the best installation at the International Digital Media Awards of Toronto in 1996.

In 2007, Lozano-Hemmer was the first artist to officially represent Mexico at the 52nd Venice Biennale. In 2018, he had major solo exhibitions at the Amorepacific Museum of Art in Seoul and at the Contemporary Museum of Art in Montreal among others. His work forms part of several major museums' collections. The artist lives and works between Montreal and Madrid.

Rafael Lozano-Hemmer’s art seeks to redefine the relations between humans and urban settings, between people and their relations to machines and technology. The artist creates installations that employ various contemporary mediums, amongst which are computers, mobile phones, screens, the Internet, video and film projections. Thus, he challenges the norms of traditional art by using forms and mediums that have become common in present-day society.

Rafael Lozano-Hemmer’s education is reflected in his art : complex and very precise, his works are new artistic forms in which science is an aesthetic and plastic constant. However, he does not forget the public. In fact, ultra-sensitive captors are often embedded in his installations and interact with the viewers who become real actors of the work: when in the field of detection of the installation, their movements create effects that animate it. The public becomes thus an integral part of the work, as it responds to its motions, spatial movements, voices, heart rates, etc.

Combining architecture and performance, the large-scale installations often set in public spaces, create a connection between the passer-by and his/her environment. By asking, for example, the visitor to actively participate in his work, this interactive art embodies also poetic ideas : the installations are often staged in the dark or at night, a context that magnifies their screens and lights and invites the viewer into a singular atmosphere.

While the work becomes animated thanks to the viewer’s movements, the surprise and playfulness that come from these peculiar relations captivate him/her. Nevertheless, the aim of the installation Zero Noon is different : it is a digital clock that shows the current time according to eccentric metrics. By using hundreds of different reference systems on the Internet, such as official government data, non-governmental organizations and other verified data, the clock indicates time but also other statistics. Complex and playful, the viewer participates also in the work as it is him/her who changes and chooses the statistics he/she wants to see. The fascinating encounter between mankind, science and art is thus at the essence of the artist’s work.