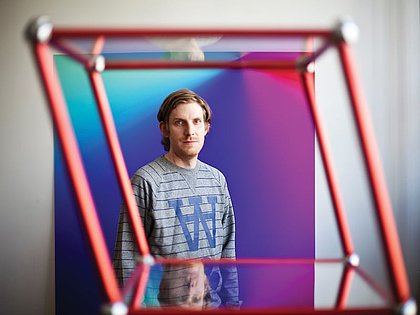 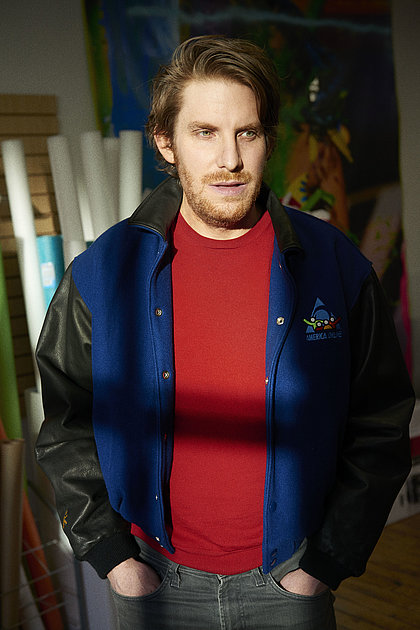 Cory Arcangel was born in Buffalo, New York in 1978. He lives and works in Brooklyn, New York. He studied classical guitar and received his bachelor from the Oberlin Conservatory of Music in 2000. Cory Arcangel is the youngest artist since Bruce Nauman to have been given a full floor solo show at the Whitney Museum of American Art.

His work can be found in many public collections including the Hammer Museum in Los Angeles, the MoMa in New York, the Tate Modern in London, Berlin’s Neue Nationalgalerie, the Smithsonian Museum of American Art in Washington, D.C. and the Migros Museum für Gegenwartskunst in Zurich.

Cory Arcangel's work covers a wide range of media including drawing, music composition, video, modified video games, performance and the Internet. He is best known for his software-based artwork, notably hacking and redesigning famous video games such as Super Mario Clouds, I Shot Andy Warhol and Tetris Screwed, to name but a few. His artistic strategy relies on appropriation, using Photoshop’s standard gradient tool and amateur videos posted on YouTube. Coding is his medium, a key tool for questioning pop culture, mass media and the ability of software to create new communities and reacting to the speed of their obsolescence. He explores the relationship between digital technology advances and its effect on pop culture, thus creating works which are funny but that also raise very serious questions. All of his code is available online in full faithfulness to the open source culture he defends. When he hacks a video game, Cory Arcangel tweaks the original code to modify the outcome. In the example of Super Mario, he removed all the sound and visual elements of the game except for the rolling clouds.

Formally, this intervention verges on abstraction and conceptually it raises the question of how much can be removed before the original can no longer be identified. The artist, a classical musician, treats consoles like instruments that he must master before he can be creative with them. Hence, he is constantly learning new programming languages and has a rigorous approach in his handling of hardware and software. His endeavours are not about nostalgia for obsolete entertainment but a strong critique of technology and a serious exploration of cultural production and consumption. In 2014, Cory Arcangel designed and launched Arcangel Surfware, a merchandise and publishing imprint in collaboration with the Bravado Group, a division of Universal Music. In 2015, he launched a new clothing line, Fuck Negativity, a leap forward for his brand that champions positive attitude and wants to be inspirational as “life is nothing but a never ending uphill battle”.