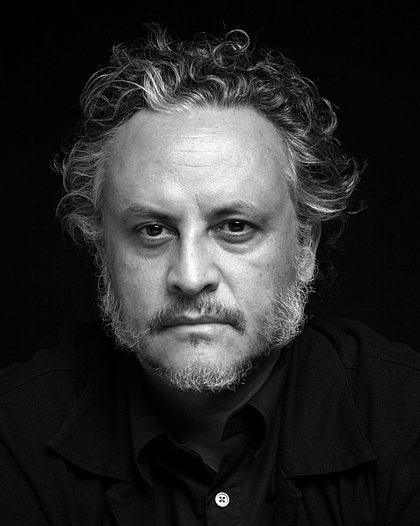 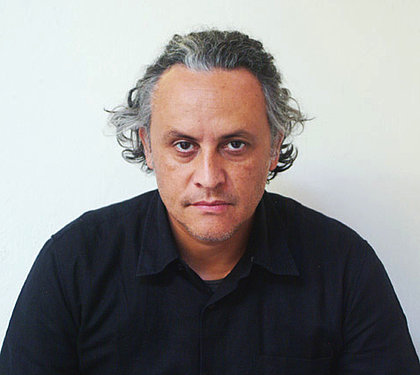 Born in 1962 in Xalapa in the Mexican state of Veracruz, Gabriel Orozco studied art in his native country at the Escuela Nacional de Artes Plásticas (1981-1984), and later in Madrid at the Círculo de Bellas Artes (1986-1987). An internationally recognized visual artist who began his career in the early 1990s, this son of the renowned Mexican muralist divides his time today between Paris, New York, and Mexico. A major traveling retrospective devoted to his work was seen at a number of venues between 2009 and 2011, including MoMA in New York, the Kunstmuseum in Basel, the Georges Pompidou Center in Paris, and the Tate Modern in London.

Following a residency in Japan, the Museum of Contemporary Art in Tokyo featured him in a 2015 show. His work has garnered several prizes, including the Cultural Achievement Award of the Americas Society (2014), the Insignia of Officer of the Order of Arts and Letters (2012), and the Blue Orange Prize (2006).

Gabriel Orozco began to develop an abstract geometry in the 1980s that surfaces again and again in his works, notably with the presence of concentric circles, ellipses, and spheres. Conceptually, the balance of the universe – the phenomena of gravity, growth, erosion, change, the laws of physics and those of matter in motion (combining, growing, transforming, shifting, expanding) – is a question that has run throughout his work for over twenty years. “I am very interested in the start of things, what begins or develops, or what goes in a certain direction.” In 2012, he created a series of ceramics called Orthocenter, focusing on the way gravity, rotation, and fluidity of mass generates geometric shapes.

This specific line of inquiry and experimentation has given rise to pieces of sculpture that are fashioned around the figure of the triangle, in which Orozco works with two mathematical concepts, the orthocenter – that is the point where three altitudes of a triangle intersect – and the Euler line. While in general the Mexican artist practices a broad range of media (drawing, painting, sculpture, video, digital design, architecture), his photography mostly consists of snapshots that bring to light a concept or document a specific intervention. Thus, through a grid of 99 photographs (Orthocenter Views) arranged in nine rows, Orozco presents the transformation of masses of dirt in the studio – which should be understood as physical and symbolic imprints of time on matter – by playing with light and shadows in an almost theatrical manner.