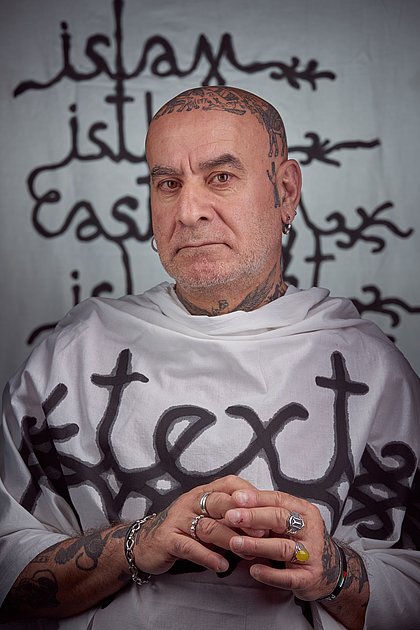 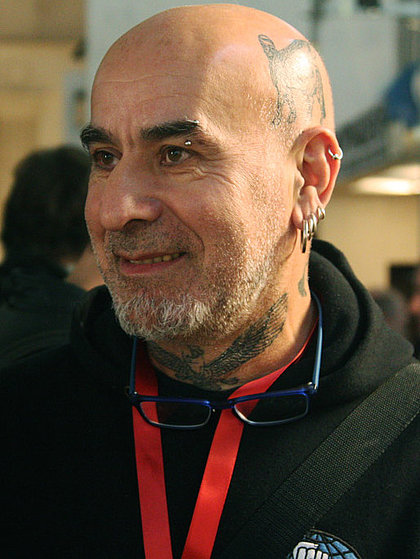 Born in 1959 in Lerik, the Republic of Azerbaijan, Babi Badalov first studied art in his native country and then in St. Petersburg starting in 1980. There he soon became an influential underground artist, a role he was to play for ten years, and a member of the Association of Experimental Visual Art (TEII). After Russia, he spent a number of years as a migrant between the United States, Europe, and Asia, before obtaining political asylum in 2011 in France. He has lived and worked in Paris ever since.

His works can be seen in numerous collections around the world, including the Russian Museum in St. Petersburg; MuHKA in Antwerp, Belgium; the Azerbaijan State Museum of Art in Baku, Azerbaijan; the Emden Kunstmuseum and the Œtcker Collection in Bielefeld, both in Germany; the Arina Kowner Collection in Zurich, Switzerland; and the Zimmerli Art Museum, New Jersey, in the United States. He took part in the Gwangju Biennial in South Korea in 2016 and the Moscow Biennial in 2015. In 2018, the New Museum of Modern Art in St. Petersburg devoted a solo show to him.

Since the avant-garde movements in the early years of the last century – think of dada, but also cubism and later surrealism – it is not unusual for text to figure in works of art, questioning the relationship between the visual and the textual, the image and the word, the fragmentation of images and the disintegration of language. Badalov places the word at the center of his practice. Between improvisation and the mixing of languages or images from different cultures – for example, playing with the pairing of Latin and Cyrillic alphabets – he explores the limits of spoken and written language. Fascinated by communication, which in theory ought to unite rather than divide us, he observes how language can be a source of isolation between different individuals who do not share the same culture.

Readily describing his work as “visual poetry”, Badalov often makes his own writings part of his artworks, combining them with reworked images to create installations, objects, paintings, and performances. His works rarely fail to stake out a position and suggest, between the lines as it were, a form of utopia for a better future. Through this concern for communication, he raises broader geopolitical questions – which in turn touch on issues of nomadism and globalization – echoing his own experiences as a traveler, migrant, refugee, and poet.