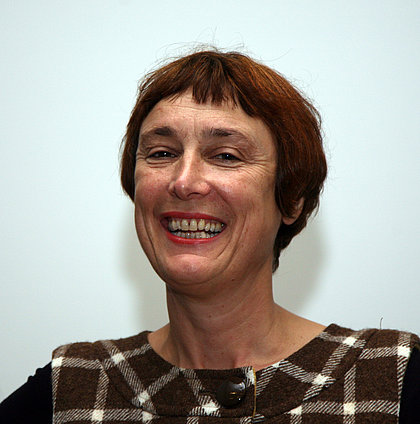 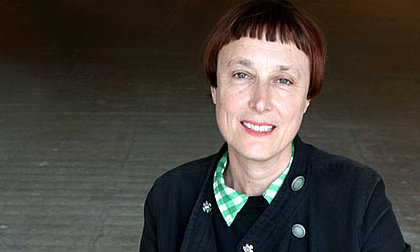 British-born artist Cornelia Parker completed her Master of Fine Arts at Reading University in 1982 and was shortlisted for the country’s most prestigious art award, the Turner Prize in 1997. A year later, she exhibited her picture Meteorite Lands on the Houses of Parliament at MoMA in New York. It shows the imprint made by a heated meteorite on a map of London, the artist’s home city. Other major works include The Distance (A Kiss With String Attached), 2003, for which she wrapped up the Tate Gallery’s copy of Rodin’s The Kiss in a mile of string.

Her work has been the subject of numerous exhibitions throughout the world, notably at the Serpentine Gallery in London, the ICA in Boston and the Venice Biennale. More recently she exhibited at the Metropolitan Museum of Art in 2016 or at the Whitworth Museum in Manchester in 2017. Cornelia Parker is a member of the Royal Academy of Arts in London, an Officer of the British Empire and was elected Official Artist for the 2017 UK General Election. A monograph about her work was published by Thames & Hudson in 2014. Cornelia Parker lives and works in London.

The works of British artist Cornelia Parker always tell a story, a story that may be poetic, anecdotal or legendary. Memory and the memories that can be transmitted by material are two of her interests. She sees every object as having its own artistic potential, which she seeks to bring out. Working in a variety of media, she has taken photographs of objects owned by such famous figures as Sigmund Freud, Einstein and the Brontë Sisters, or exhibited the unassuming relics of the past presences of figures both famous and obscure. Parker also works with the idea of destruction. She once got British soldiers to blow up a garden shed and then hung the fragments, lit up from within, to capture that ephemeral moment of explosion. She also helps design pyrotechnic events. The power of gravity and its suspension is evident in several other works, such as the ones in which objects crushed by a steamroller are hung enigmatically in the exhibitions, or a circle of brass instruments form a silent orchestra. Parker has notably collaborated on a performance with the famous actress Tilda Swinton, who lay sleeping in a vitrine surrounded by objects that belonged to figures such as Queen Victoria and Charles Dickens.

Prison Wall Abstract (A Man Escaped) comprises a series of 12 photographs representing the details of the wall at Pentonville Prison that the artist walked past every day on the way to her studio. She photographed the details, fascinated by the retouches made by a group of workers with white putty. Only a few hours afterwards, a murderer escaped from the prison by climbing over the wall she had just photographed.

In Parker’s two Rorschach drawings, Poison and Antidote, snake venom is mixed with ink and combined with anti-venom, also mixed with ink. Parker’s works thus invite a twofold approach : while we admire the beauty of the visual forms and compositions, they also bear witness to singular events that the artist raises to another level.