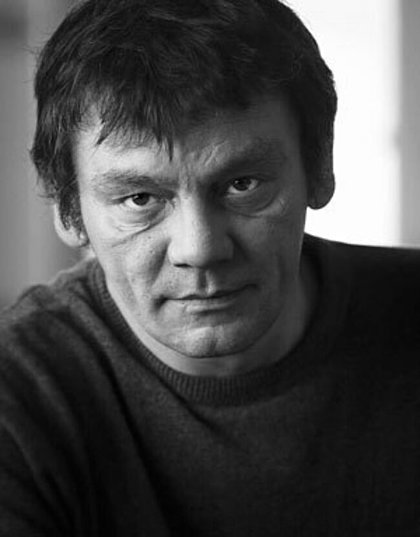 Fabrice Gygi, born in 1965, is a veteran of the radical performance scene. He has since left that practice behind even while dedicatedly pursuing his work, which has deep roots in the field of contemporary art going back to the 1980s. A graduate of two Genevan art schools, the École des arts décoratifs and the École supérieure d’arts visuels, he was involved in founding the independent contemporary art space Forde in Geneva in 1994 and Galerie Darse in the same city in 2007.

Gygi also put together the exhibition Rathania at Geneva’s Musée Rath in 2011. Between 1995 and 2007, his work took several prizes, including the Lissignol-Chevalier and Galland Prize, the 6th International Biennial Prize of Cairo, the Swiss Government Excellence Scholarship, the Société suisse de gravure Prize, first prize at the Triennale de l’estampe contemporaine of Le Locle (Neuchâtel), and first prize of the QuARTier des Bains of Geneva. He lives and works in Geneva.

Fabrice Gygi has always sought to expose the authoritarian mechanisms that are part and parcel of our society: “What I’m interested in is pointing up authority under its most common and most perverse aspects, the heroic civilian figure of the fireman, micro-societies like choirs, brass bands, or other popular associations reproducing a militia-like organization, etc… I always try to show authority as it appears in reality, that is, in a ‘naturalized’ way.” To do this, in 1998 Gygi began building himself or having built in an industrial process structures made of tarps, steel, wood, and tubular elements. He fashions sculptural structures that contain a form of violence, repression, or threat in them. Gygi is a rebel who very early on quit the ranks of a society which, as he stresses, he feels fundamentally at odds with.

In his work, though, he is less interested in aggressively expressing that discord than in showing the natural order of things. In recent years, he has occasionally worked in smaller formats, producing in particular silver pendants and linocuts enhanced with Ecoline watercolour highlights. These smaller – and hence more human – dimensions make clear a desire to master the work of art, from the concept to its realization, by renouncing for a time the large installations and constructions – complex undertakings in terms of managing the process and delegating to others. Watercolour offers an example of a more spontaneous technique and a more abstract result characterized by a lightness that springs from the flat patches of color he employs. These features contrast with the grid motif, whose symbolism is a good deal harsher in that respect.