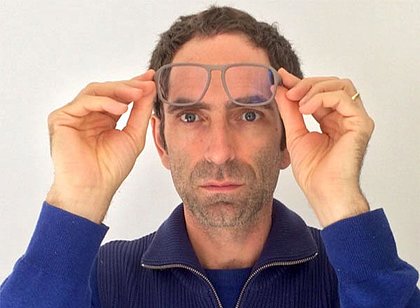 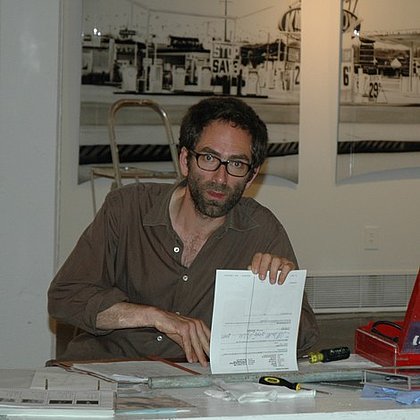 Born in Leicester in 1969, Jonathan Monk lives and works in Berlin. He first studied at Leicester Polytechnic and then at the Glasgow School of Art. His work has been exhibited at the Palais de Tokyo and the Musée d'Art Moderne de la ville de Paris (2008), the Kunstverein in Hanover (2006), the Institute of Contemporary Art in London (2005), the Museum Kunstpalast in Düsseldorf (2003) and the Kunsthaus Baseland in Basel (2016).

“We sometimes forget the obvious. Being original is almost impossible. What matters is what's inside.” Convinced that art does not only aim to be absolutely original, Jonathan Monk likes to create pieces from things that already exists, examining the world in its habits and history. Born in 1969, a crucial year for the formulation of conceptual art postulates, it is not without humor that the artist integrates things that are part of daily life into his work, drawing inspiration mainly from his family history and from minimal and conceptual art. He often reactivates some iconic forms of art history in an extremely protean practice, ranging from performance to sculpture, installation or photography.

Although his works are not distinguished by a particular style, they do have in common to offer a different view of the world in a subtle way, generally resulting from a manipulation that is both striking and powerful. “What interests me above all is to create confusion, to see how harmless gestures can have artistic value.”Looking to the Left is an installation of thirty-five portraits organized in a grid dominated by a monochrome of black and sepia. But more than a dominant hue, it is an attitude that unites all these portraits, since all of them have a look to the left. Like a stamp collector who seeks to bring together established similarities between different items, Jonathan Monk highlights a precise posture that is repeated in all the photographs. A way of "bringing art to life" and thus demystifying the creative process.