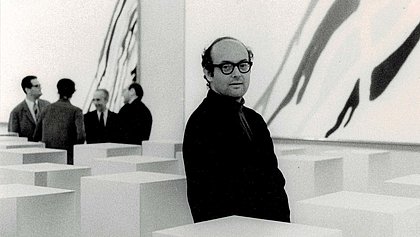 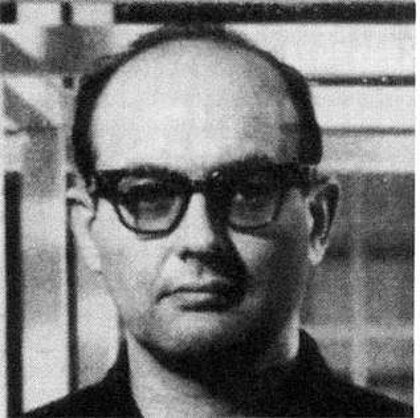 Born in 1928 in Hartford, Connecticut, Sol LeWitt continued to work up until his death in early 2007. After receiving his Bachelor of Fine Art degree from Syracuse University in 1949, he travelled to Europe and served in the army during the Korean War. In 1953, he moved to New York where he worked as a graphic designer for I. M. Pei's architecture office. In 1960, he took a job at the book counter of the Museum of Modern Art in New York, where his co-workers included Lucy Lippard, Robert Ryman, Dan Flavin and Robert Mangold, placing him amidst young artists searching for a new direction in their work.

Sol LeWitt participated in several seminal group exhibitions including Primary Structures at the Jewish Museum in New York, the 1968 Documenta IV in Kassel and Harald Szeemann’s exhibition When Attitude Becomes Form at the Kunsthalle in Bern. His works are found in the most influential museum collections.

Sol LeWitt earned a place in the history of art for his leading role in the Conceptual movement. He was pivotal in creating the new radical aesthetic of the 1960s that was a revolutionary contradiction to the Abstract Expressionism current prevailing in the 1950s and '60s in New York. He had no interest in inherent narrative or descriptive imagery. He believed in the artist as a generator of ideas, a concept that was instrumental in the transition between the modern and the postmodern era. As one of the first coherent proponents of conceptual art with his writings Sentences on Conceptual Art published in 1969, his work continues to be highly-regarded and referred to by a younger generation of artists.

To understand art as an intellectual and pragmatic act adds a new dimension to the artist's role, one that is radically distinct from the romantic nature characteristic of the way artists were perceived until then. LeWitt believed that the idea itself could be the work of art, and maintained that, like an architect who creates a blueprint for a building and then turns the project over to a construction crew, an artist should be able to conceive a work and then either delegate its actual production to others or never even produce it at all. LeWitt's work ranged from sculpture, painting and drawing to almost exclusively conceptual pieces that existed only as ideas or elements of the artistic process itself. From 1966 to 2002, Sol LeWitt produced more than 50 artist's books. In 1976, with Lucy Lippard and others, he co-founded Printed Matter, Inc., an organisation established to publish and disseminate artists’ books.